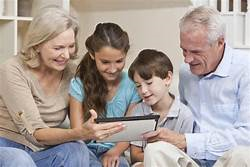 The Canadian government announced On January 5, 2021, that it has held its  Parents and Grandparents Program (PGP) immigration lottery.

Up to 10,000 people will be invited to sponsor their parents and grandparents to obtain permanent resident status.

During this period, eligible Canadian citizens and permanent residents were able to express their interest on IRCC’s website to sponsor their parents and grandparents.

IRCC said at the time it would then hold a lottery and issue up to 10,000 sponsorship invitations.

Those drawn from the lottery will have up to 60 days to submit a completed sponsorship application to IRCC.

The eligibility criteria for the PGP entails:

IRCC has announced it will open another PGP intake window sometime this year, in 2021. After that, it will hold another lottery to invite up to 30,000 people to sponsor their parents and grandparents.